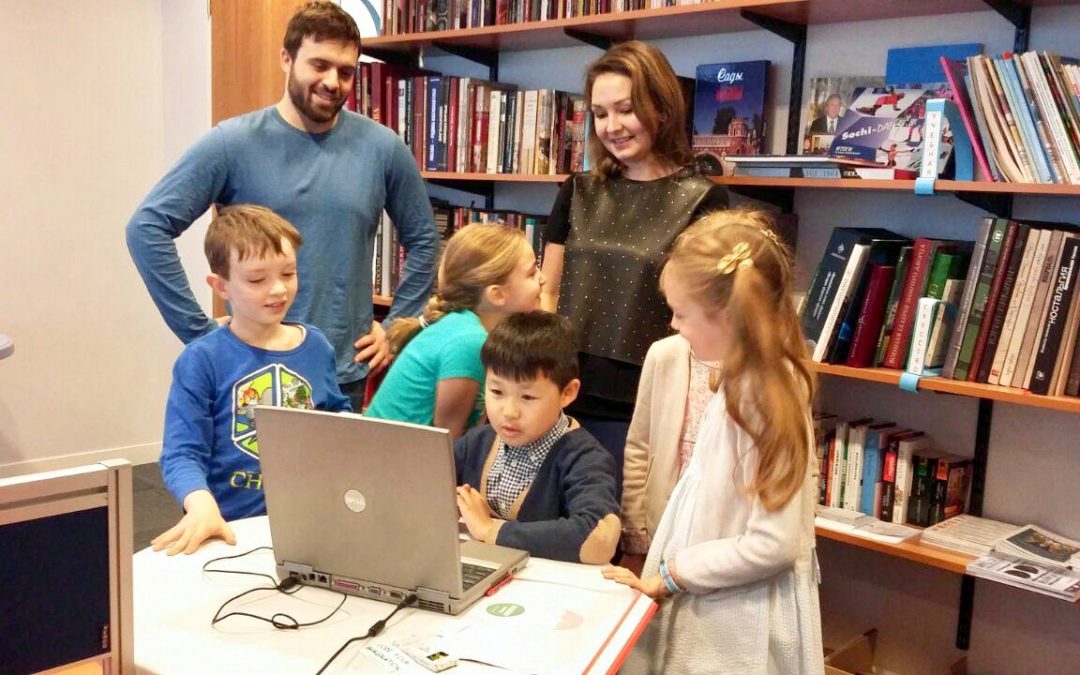 For the very first time ROBBO™, in cooperation with The London School of Mathematics and Programming, organised a holiday robotics camp for children aged 6-12 years in London.

Four intensive days, 9-13.04.17, were filled with educational games and creative programming. The camp’s curriculum was specifically designed for young learners to unlock the world of programming and robotics. It involved plenty of fun activities that enhanced creativity, problem-solving and collaborative team work. The excited campers started out with playing fun and interactive card games in order to get acquainted with algorithmic thinking and programming concepts before moving on to hands-on programming!

The children were definitely thrilled when it was time to start programming actual robots! ROBBO™ Robot kit and ROBBO™ Lab yet again proved to be ideal for learning the basics of programming. The technologies encouraged children to use an unlimited amount of imagination. As you probably know, both robots are programmed in the visual programming language RobboScratch – an adapted version of Scratch developed at MIT. Most of the children had almost no prior experience in programming and yet with the help of our trainers they were able to create fun, interactive stories and games in RobboScratch.

All campers completed a project at the end of the robotics camp. Take a look at some of the stories the children came up with! As the camp took place right before Easter, the projects were inspired by an Easter theme. 🙂